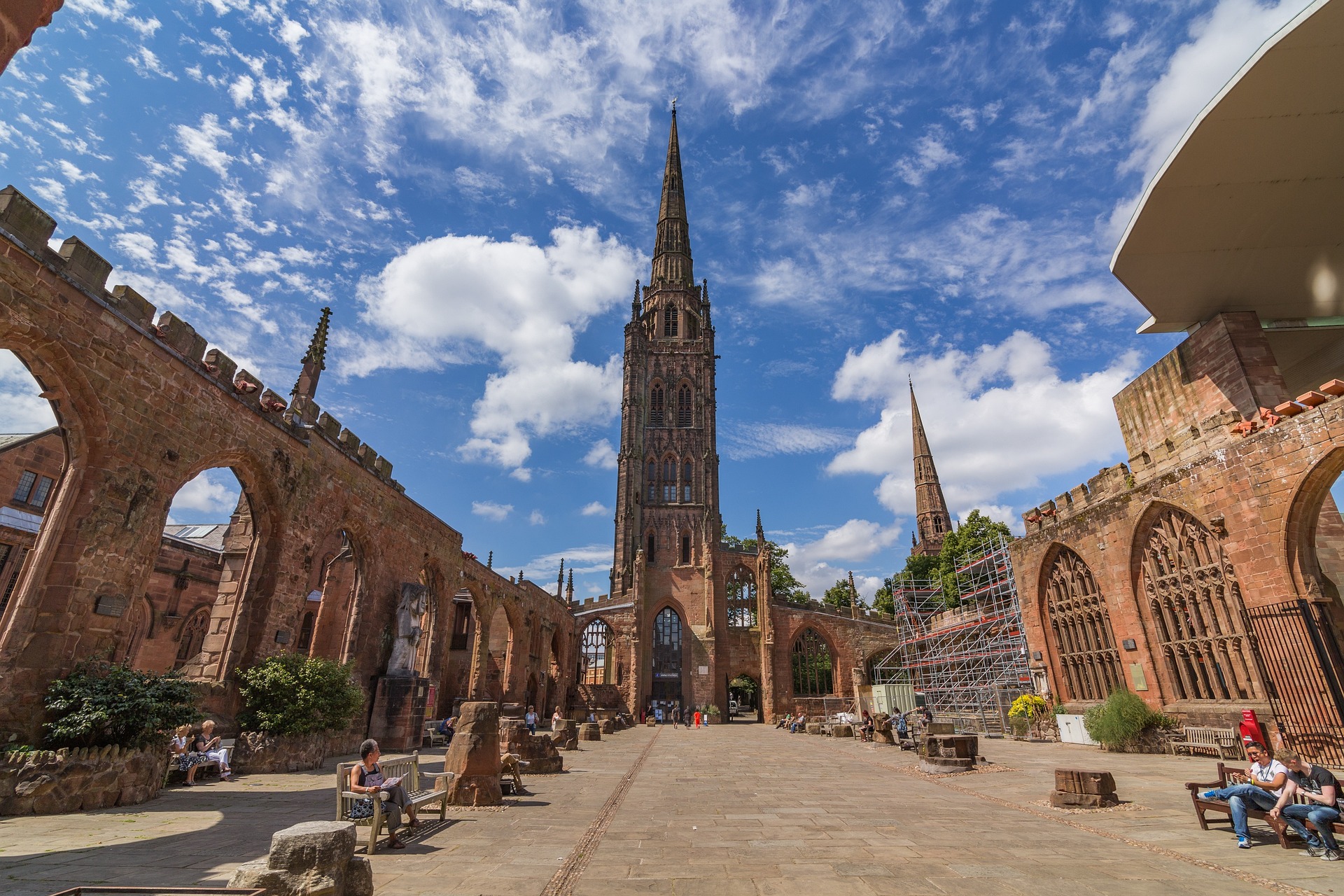 Coventry is a city in the West Midlands, England. It is on the River Sherbourne. Coventry has been a large settlement for centuries, although it was not founded and given its city status until the Middle Ages. The city is governed by Coventry City Council.

Formerly part of Warwickshire until 1451, Coventry had a population of 345,300 at the 2021 census,making it the tenth largest city in England and the 12th largest in the United Kingdom. It is the second largest city in the West Midlands region, after Birmingham, from which it is separated by an area of green belt known as the Meriden Gap, and the third largest in the Midlands after Birmingham and Leicester. The city is part of a larger conurbation known as the Coventry and Bedworth Urban Area, which in 2020 had an estimated population of 422,188.

Coventry became an important and wealthy city of national importance during the Middle Ages. Later it became an important industrial centre, becoming home to a large bicycle industry in the 19th century, in the 20th century it became a major centre of the British motor industry, this made it a target for German air raids during the Second World War, and in November 1940, much of the historic city centre was destroyed by a large air raid.

The city was rebuilt after the war, and the motor industry thrived until the mid-1970s, though by the late-1970s/early-1980s Coventry was in an economic crisis and amongst the country’s highest levels of unemployment due to major plant closures and the collapse of the respective local supply-chain. In recent years Coventry has seen regeneration and an increase in population. The city has three universities: Coventry University in the city centre, the University of Warwick on the southern outskirts and the smaller private Arden University with its headquarters close to Coventry Airport. (Wikipedia)

Coventry was awarded UK City of Culture for 2021.

Coventry probably dates from Saxon times. The sacking of the Saxon nunnery of St. Osburga by the Danes in 1016 led to the founding of a monastery by Earl Leofric of Mercia and his wife, Godiva (Godgifu), in 1043; Lady Godiva is best known for her legendary ride unclothed on a white horse through the town. The monastery brought trade and prosperity, and by the mid-15th century Coventry was an important centre of the woolen textile industry, especially noted for thread but having a variety of other crafts as well.

In the 18th century, silk ribbon weaving became the staple industry, and later watchmaking was introduced. The silk ribbon trade collapsed in 1860, and many weavers left the town. But the introduction of bicycle manufacture in 1868 brought new prosperity.

Workers in the declining watch industry were soon in demand as skilled mechanics, and the bicycle industry developed into motorcycle and, later, automobile manufacture, with the first Daimler car being produced in 1896. In the 20th century, rayon manufacture and later radioelectronics and ordnance works were introduced.

Get ready to be charmed by Coventry, and its leafy surrounding Warwickshire countryside. Coventry is proud to be a diverse, accessible and culturally rich destination with a thriving nightlife, an award-winning restaurant scene, world-class attractions and places to stay that span comfortable affordability to four-star luxury.

You have Successfully Subscribed!